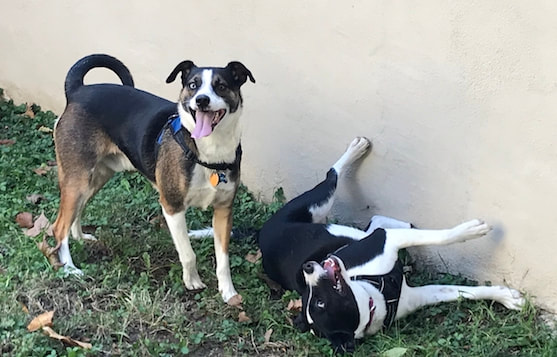 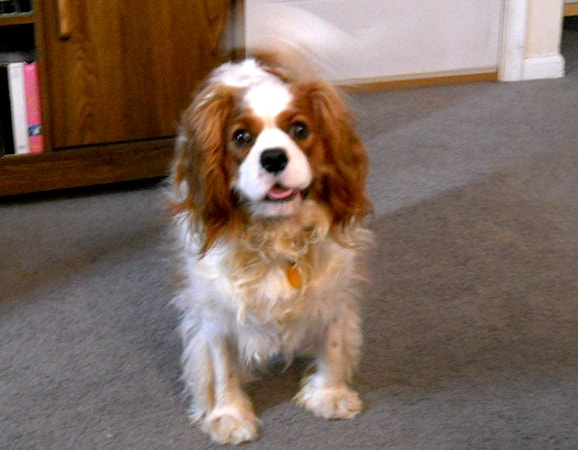 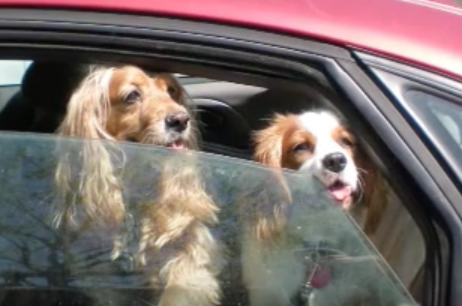 Yo, this is Hal in Philly and welcome to another doggone episode of Easy When You Know Hal

I had a dog named Bowie. Oh, don’t worry he’s fine. Everything’s fine. Spoiler alert…  He fell  in love and I let him move in with his girlfriend.

Here’s the whole story...
Two years ago year, Cooper, my beautiful little Cavalier King Charles Spaniel died. Up until then, I always had dogs. There was Streak, a German Shepherd I got as a  Bar Mitzvah gift from my parents. Years later, after I moved to California there was Shayna, Saki, Feemi, Sheena, and Max. Then Joey who moved back to Philly with me. Cooper just before Joey died to keep him company, and then Keegan to keep Cooper company. And then suddenly, I was without any dog at all for the first time in about 16 years. I’m a dog person, so it wasn’t long before I was yearning to adopt another dog.

This past year, just after the last major snow storm, I rescued a two-year-old Siberian/Border Collie mix named Mosi. The first thing I did was change his name to Bowie, because, first of all, I couldn’t pronounce his name (was it Mah-zi? Mossee? Mowzee?)  At any rate, I decided to call him Bowie, because of his two different colored eyes - one brown, one blue… like David  Bowie, the rock star.
Bowie turned out to be a pretty cool dog. But he had more energy than I could keep up with. I walked him 3, 4, 5, sometimes even six times a day. I played with him as often as I could and still could not wear him out. One day, during a walk, we encountered the one of the guys that had recently moved into the house at the end of the block. He had just rescued a beautiful female Border Collie mix named Kate. Bowie and Kate immediately took to each other like they were old friends ad eventually, I started leaving Bowie with the neighbor for hours at a time and they played practically non-stop. Nights were a lot more peaceful for all of us as Bowie slept longer and more soundly, and I was able to stop jumping up at at 6 o’clock in the morning to walk him on days when I didn’t have to be anywhere.

One day, during a conversation with my neighbor, he was telling my that his partner and him were thinking abut getting another dog. Bowie, meanwhile had come to anticipate going to their house so much, that it seemed like he was happier there than with me. I hated to admit it, but I was beginning to think it might be best to let my neighbor adopt him. If he was thinking about getting a second dog anyway, that dog should be Bowie. So after mulling it around for weeks, I finally gave Bowie to the neighbors.
This morning, I texted him to ask how he’s doing and he  had just gotten microchipped. The vet also gave him a clean bill  of health and he’s adapting very nicely to life in his new home.

As for me, my memories linger. I miss each and every dog I ever had by my side and cherish all the good times they entertained me, kept me company and  greeted me every time I came home from work, a gig, a couple hours shopping or a night out. So, do think there might another dog in my future? Well, that question shouldn’t bee too  difficult to answer. In fact… It’s Easy… When You Know Hal!